Fuji is a piece about memories from the 2 years I lived in Japan. 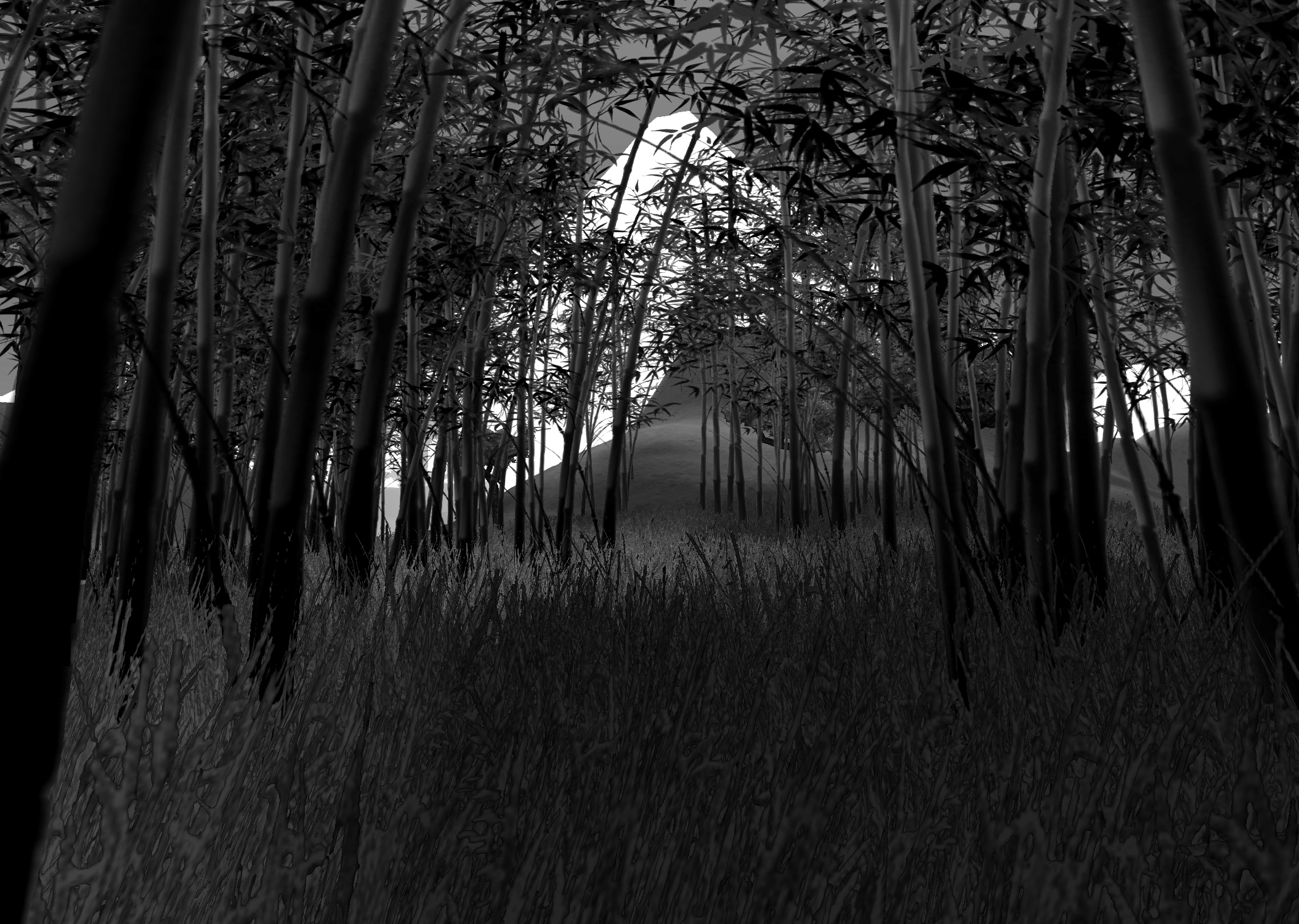 This project was created for The Wing Luke Asian Museum in Seattle. I was asked to contribute to a show entitled Cultural Transcendence. I chose to try and recreate a memory I have of my time in Japan. My father met my Japanese mother when he was stationed at Okinawa for the Air Force. I lived there for only two years, between the ages of 3 and 5. I recall little of that time. My only strong memory is of a trip my family took to Mount Fuji. I remember climbing the gentle slope at the base of the mountain. It was very foggy and the path we took meandered through dense bamboo. There was an old man selling walking sticks from a wooden shack. My father bought one. I cherish that memory fondly.

A couple years ago, I asked my mother about the time we spent there. She laughed and said we had never gone to Mount Fuji. The memory I had was totally fabricated. We were actually in a public park just outside Tokyo. Mount Fuji was visible in the distance. It was not foggy. There was no bamboo. I had apparently made the whole thing up.

In this piece, Mount Fuji always remains far away but looms over the landscape. It is always partially obstructed by bamboo and mist and other weather effects. Sometimes you can only see it because it is silhouetted by the passing full moon. It is a moody piece running in black and white.

For this test render, I used some audio by Zoe Keating from the Ghostbird soundtrack. 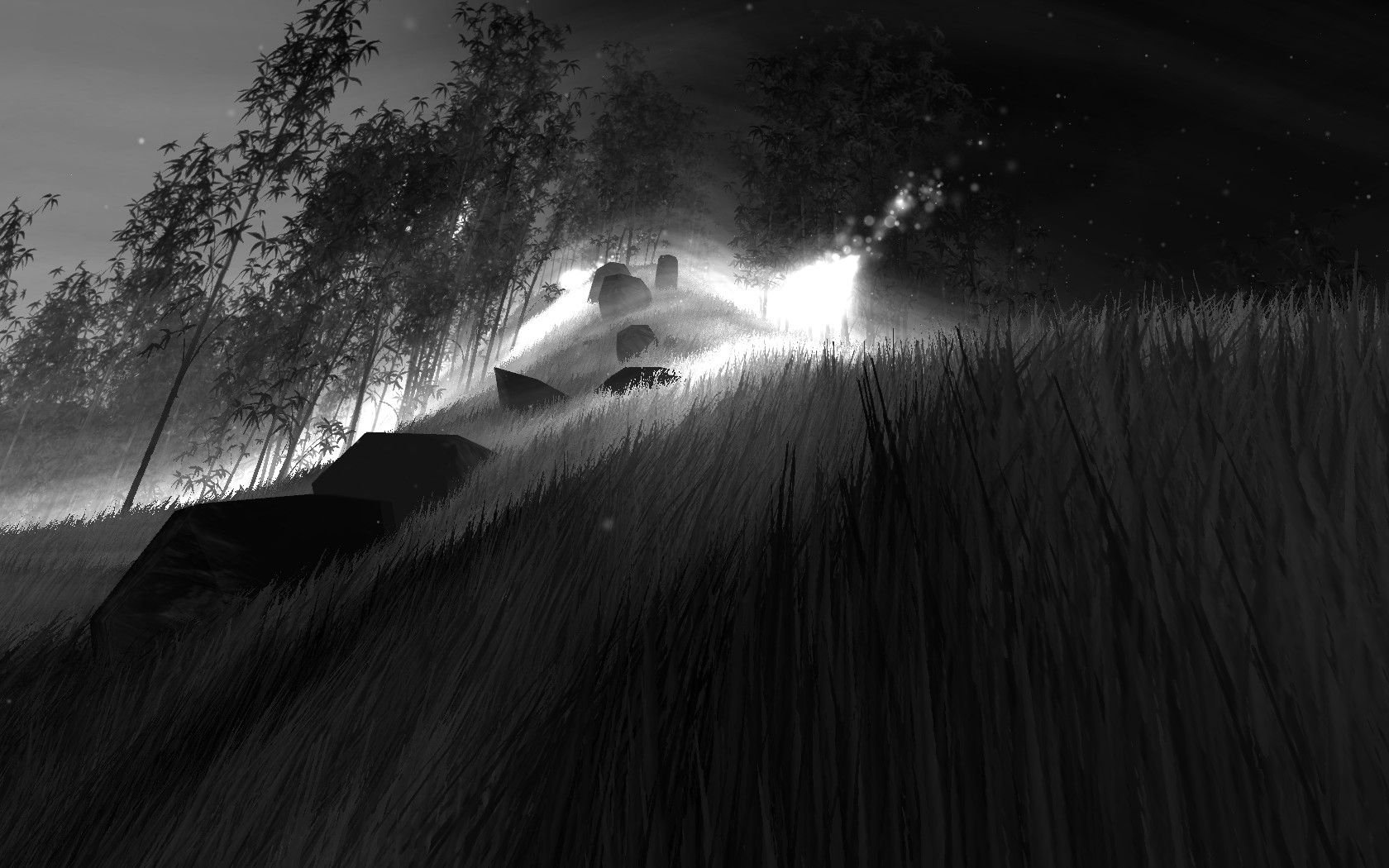 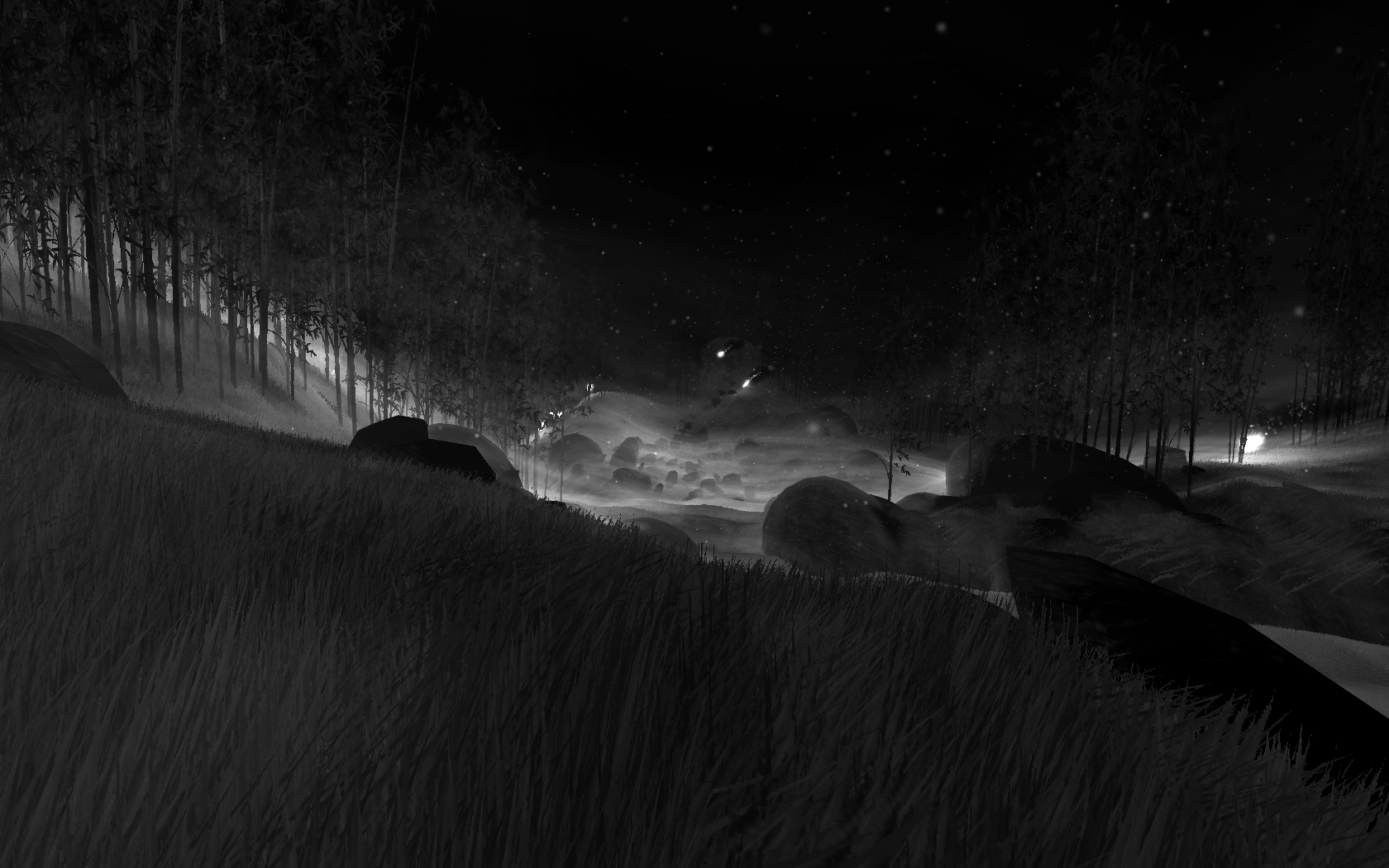 This project went through several months of changes. Here is a selection of strange bugs and abandoned visions from early in the project's lifespan. 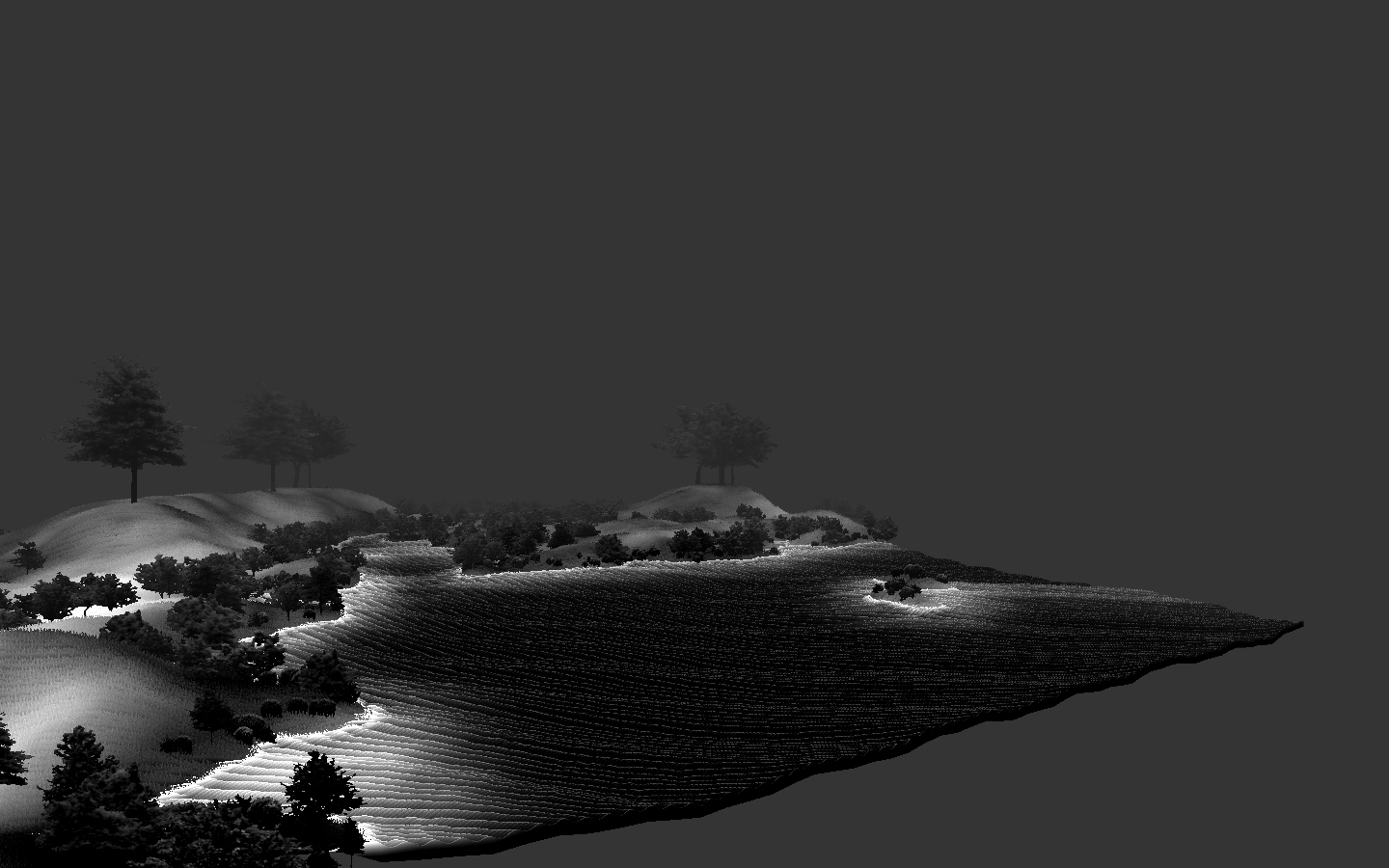 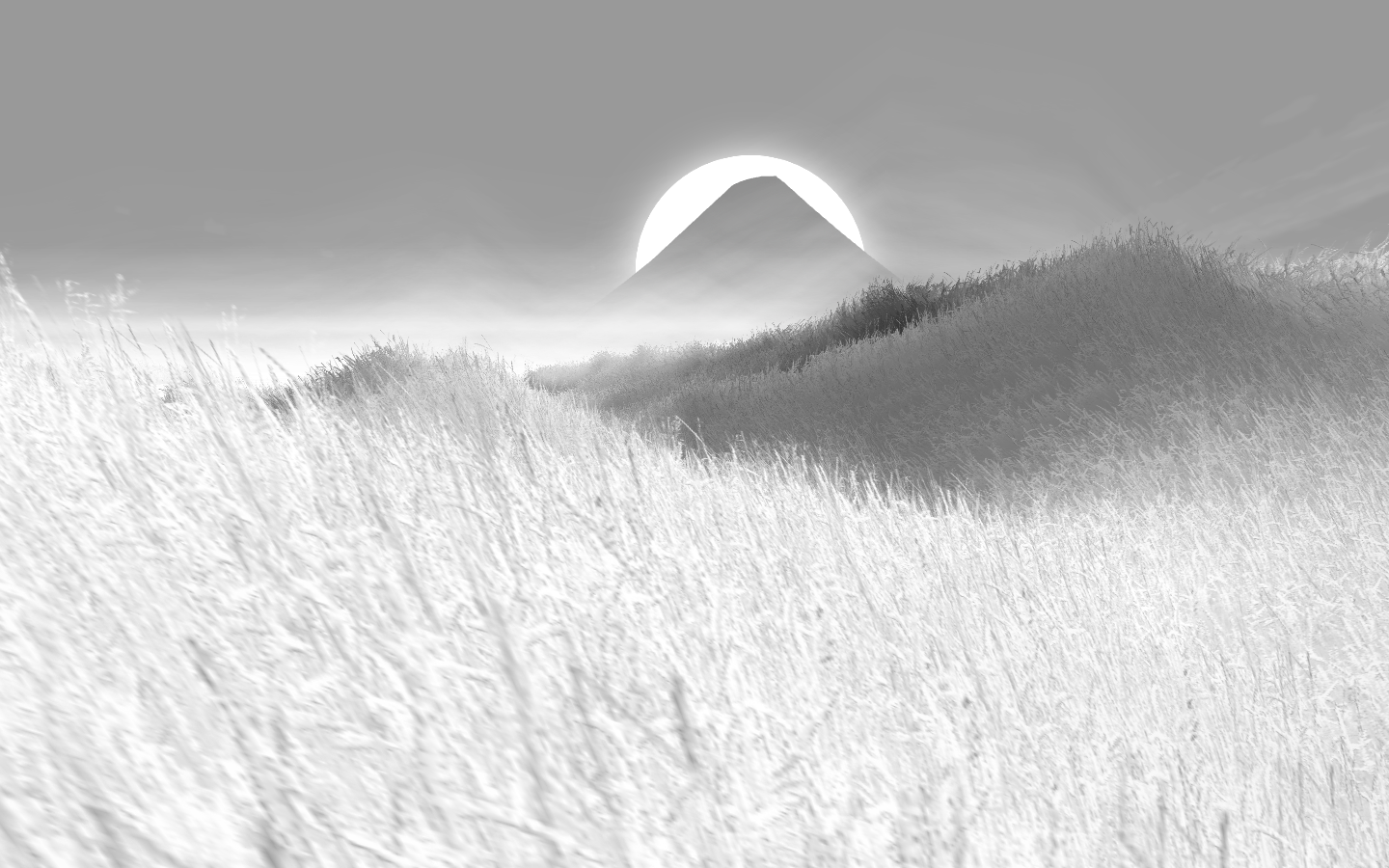 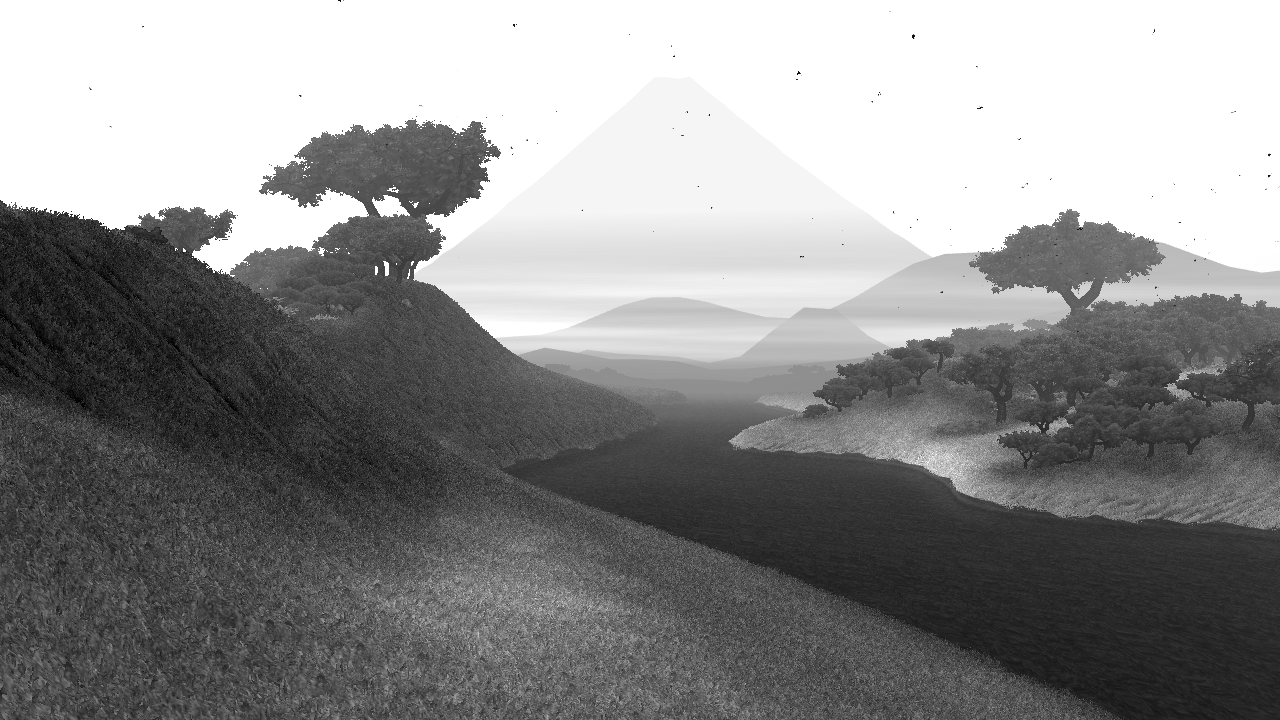 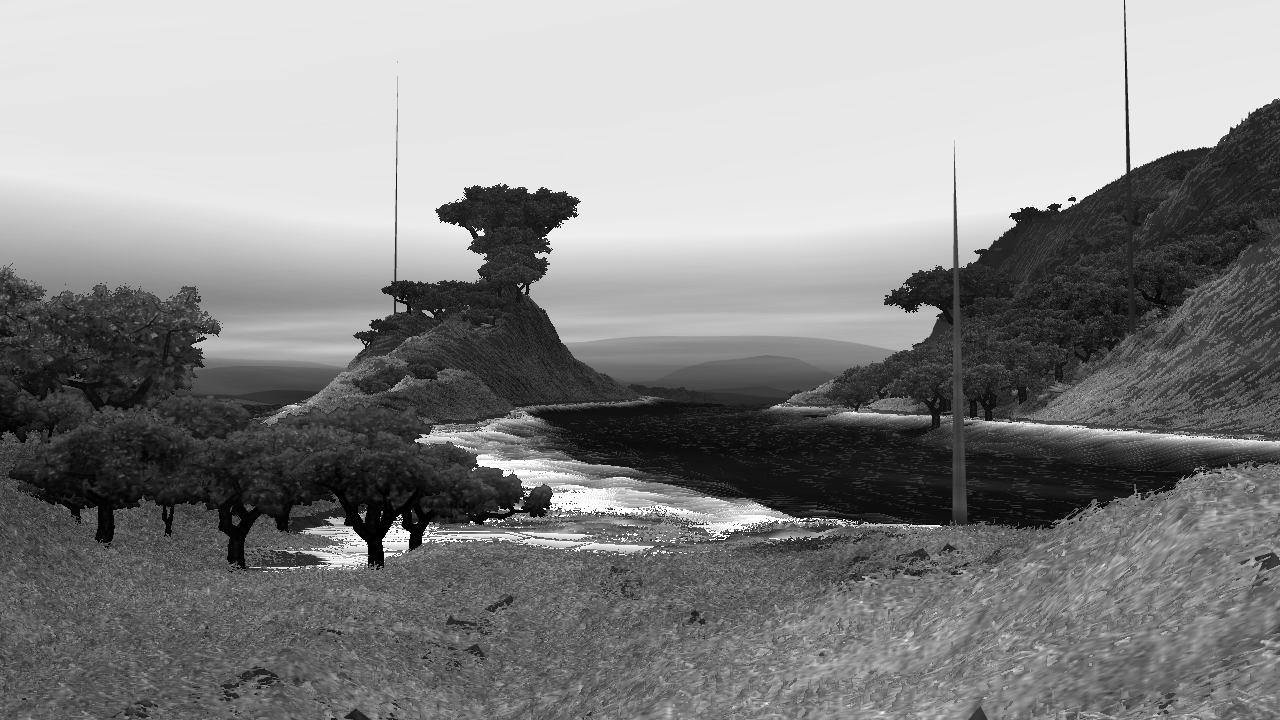 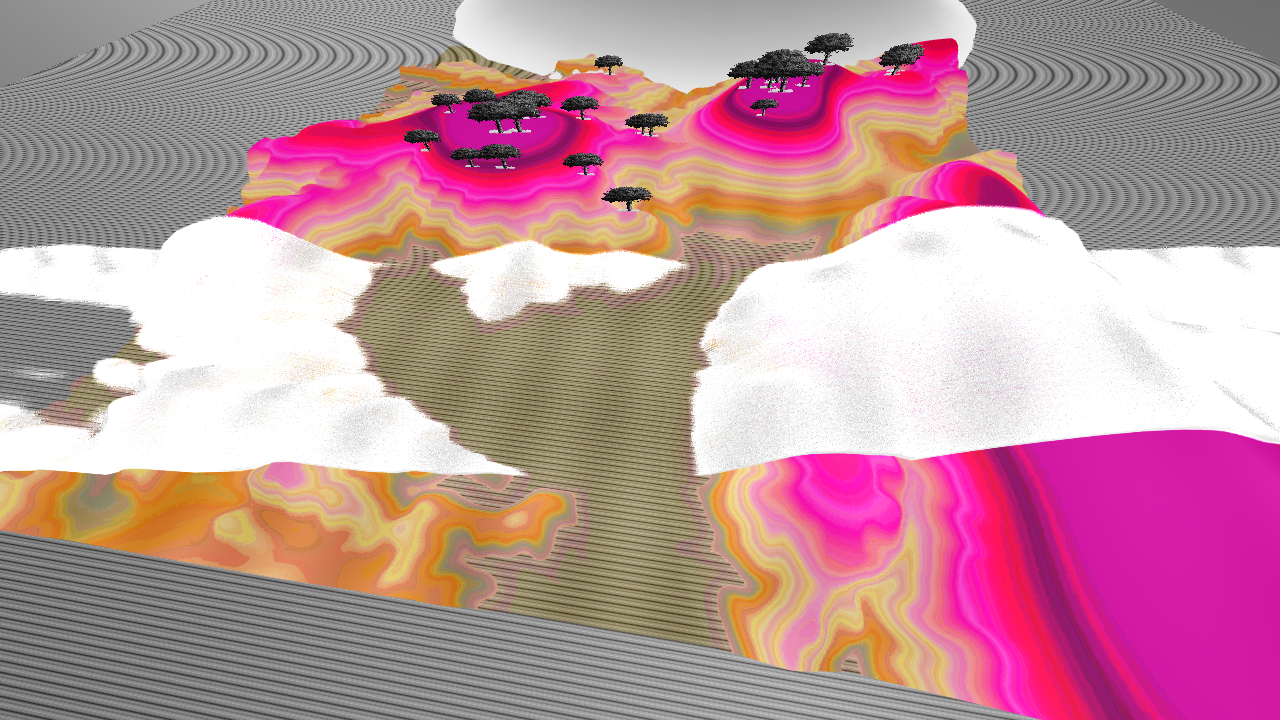 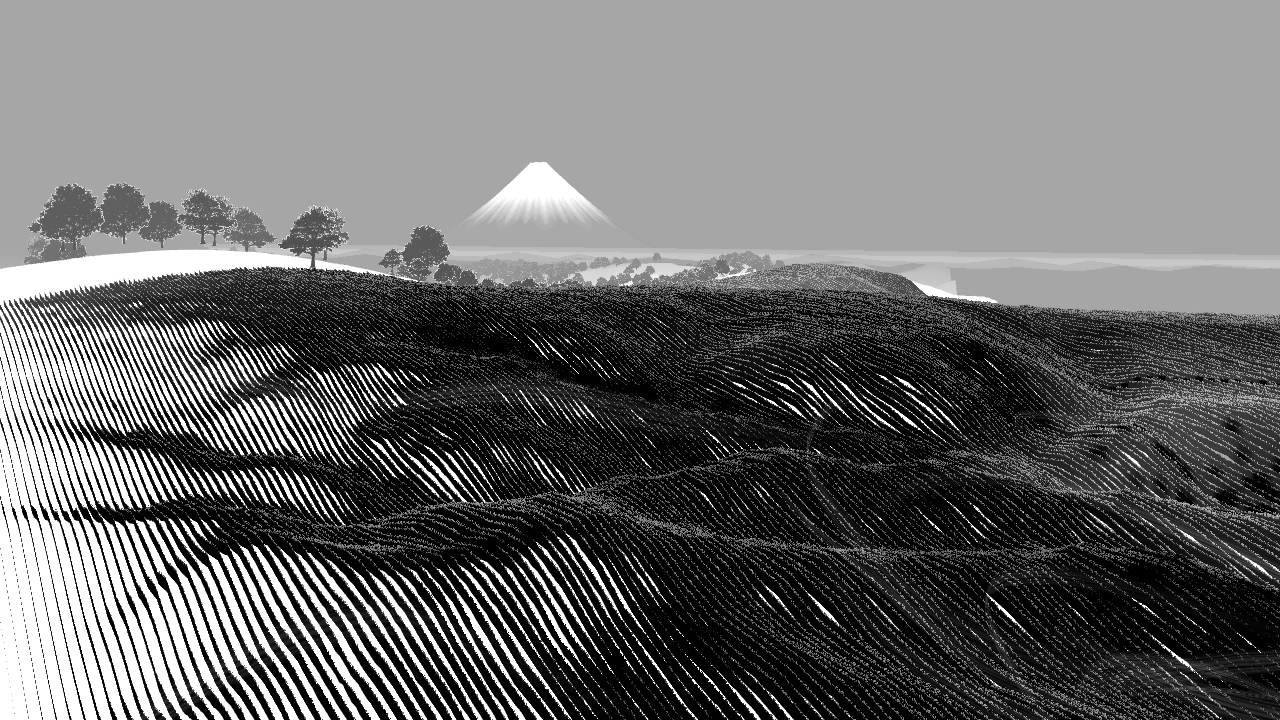