Collider is an ongoing exploration of the beauty of the gravitational force. 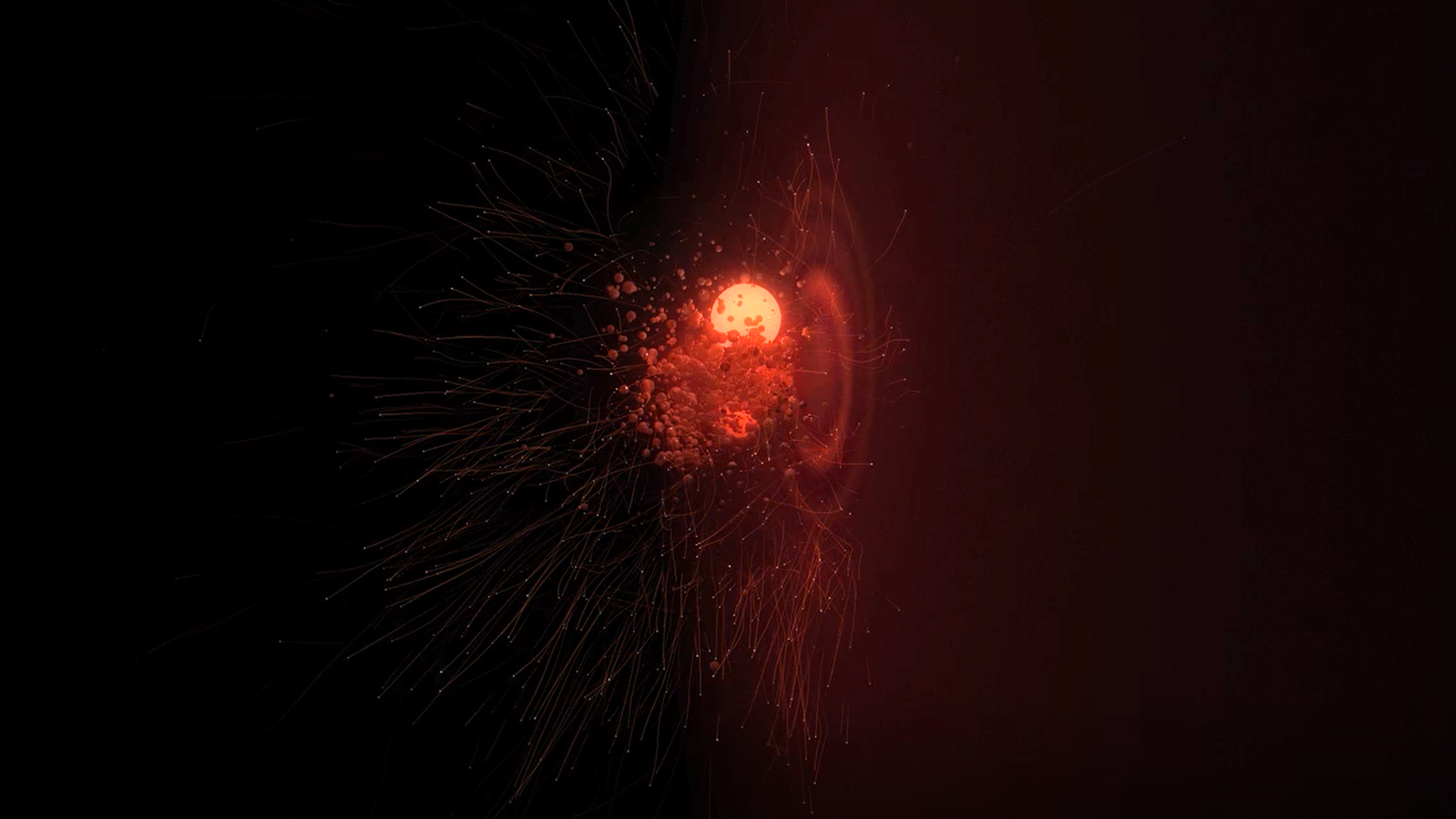 The earliest studies of Collider began in 2007 when I first coded a particle system with a universal gravitational force. Seeing those particles being pulled about by an invisible force of attraction inspired many future iterations. The most successful was this version I created in 2012 for the Eyeo conference.

The system is elegant in its simplicity. A few thousand spherical masses are placed in an enclosed box. These spheres attract all other spheres based on Newtons Law of Universal Gravitation. When two spheres collide, matter is transferred from the smaller particle to the larger particle proportional to the speed at which they impacted. If a sphere gets too large, it ignites. These burning spheres pull in all matter around it until it reaches a critical threshold at which point it explodes. This explosion releases mass back into the simulation and through careful calculation, no mass is lost over time. This allows the system to continue to evolve on its own and in a way that is unexpected. 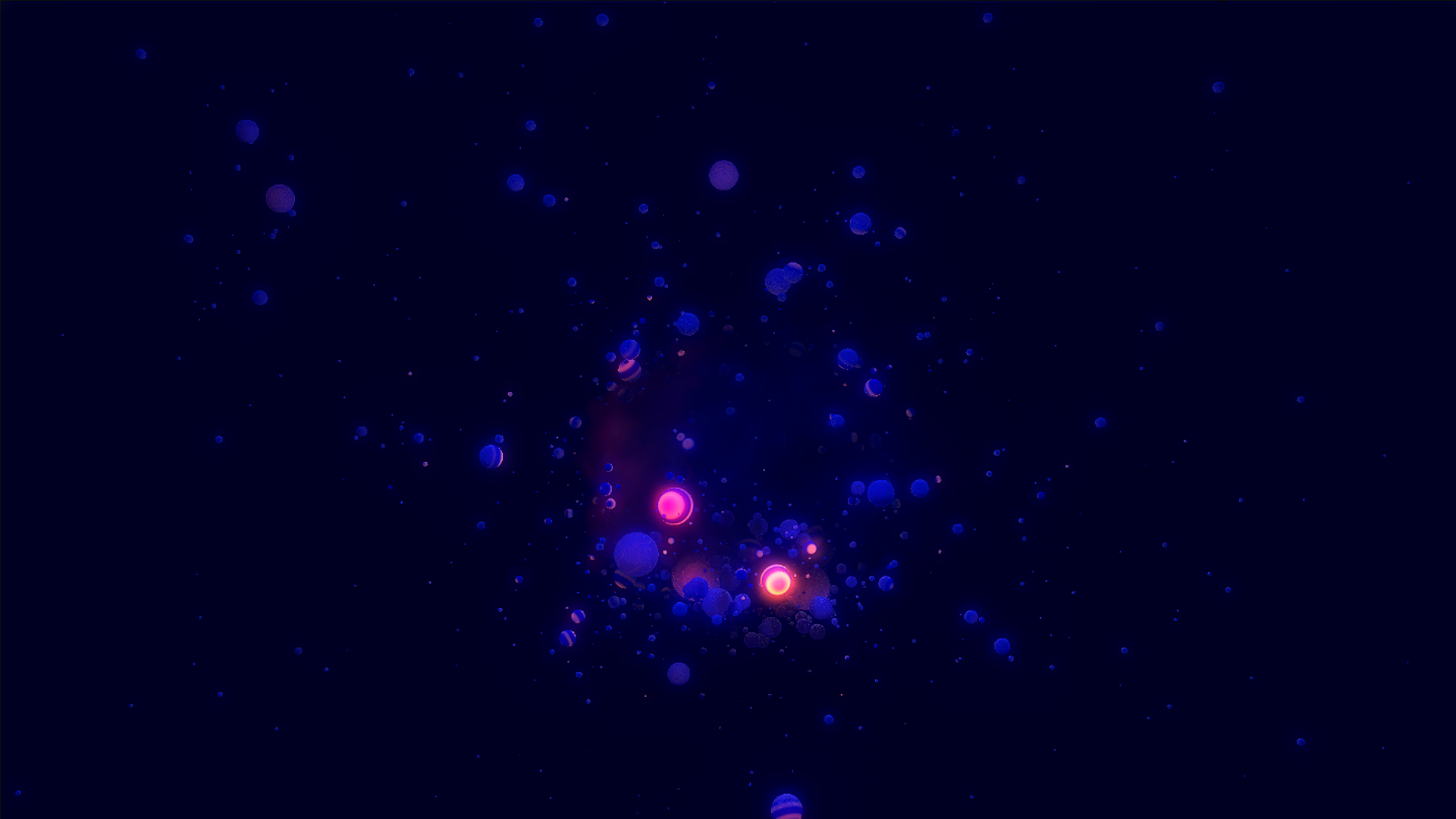 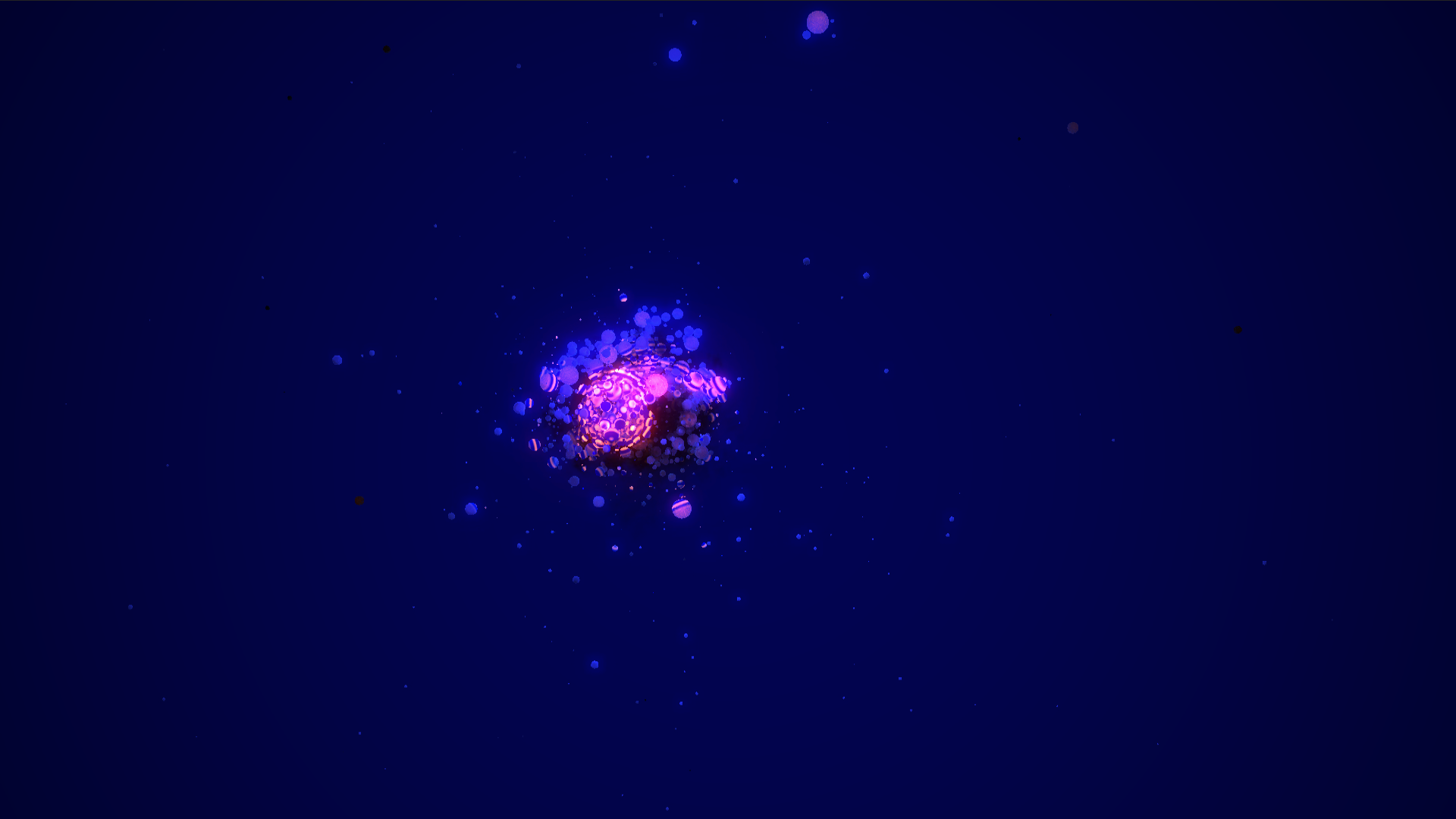 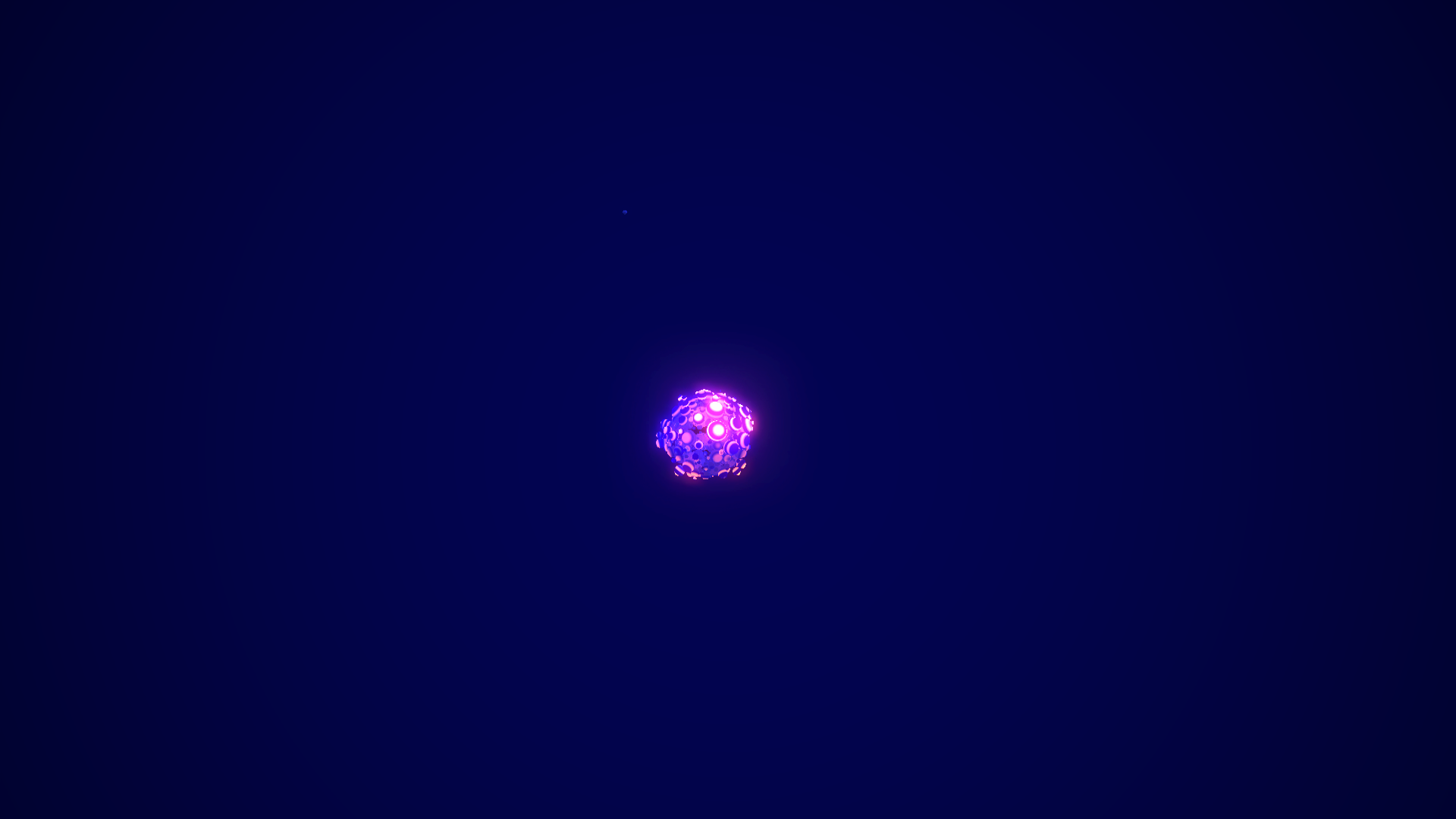 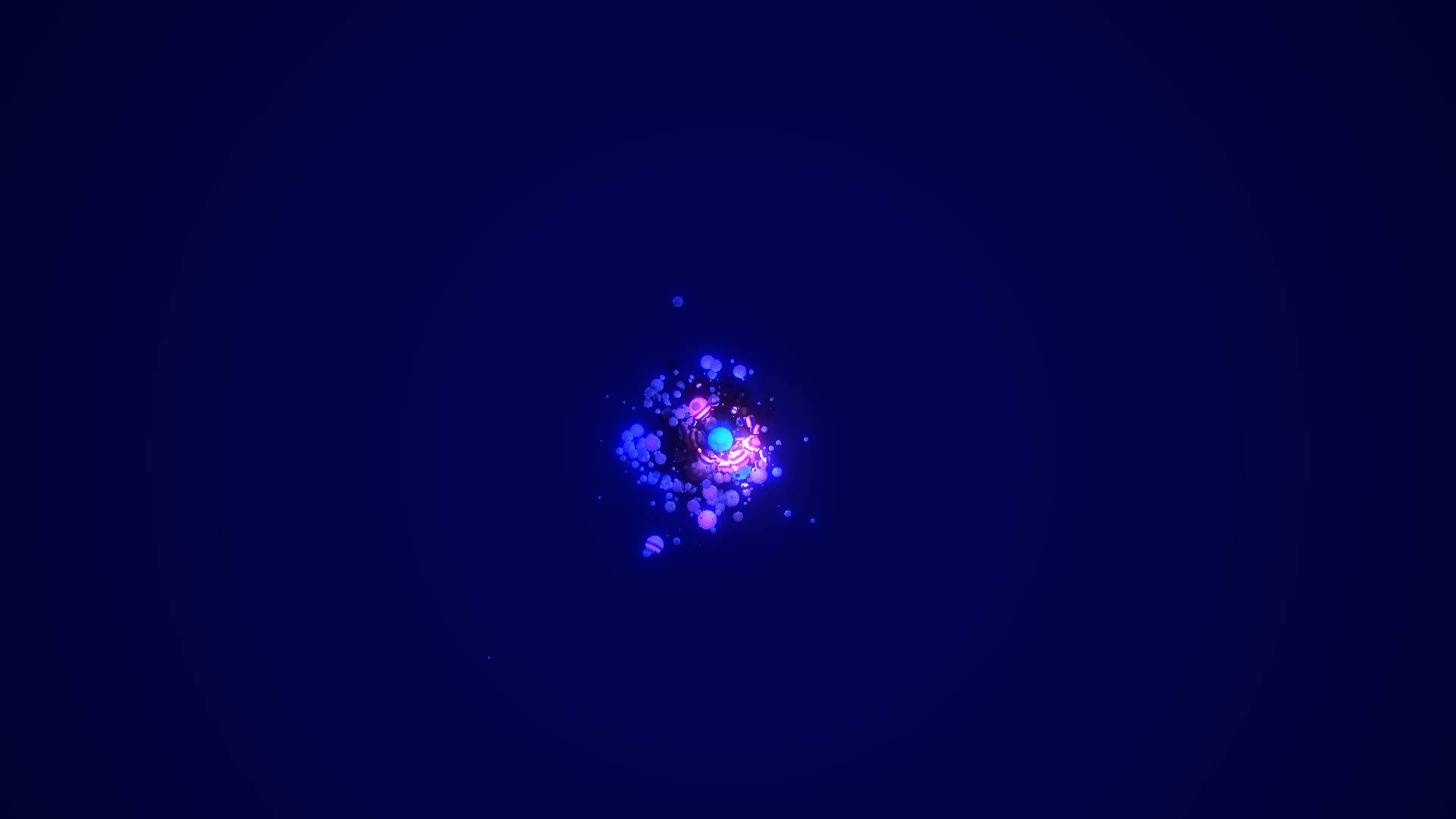